Sodexo: sustainably at the top of the DJSI 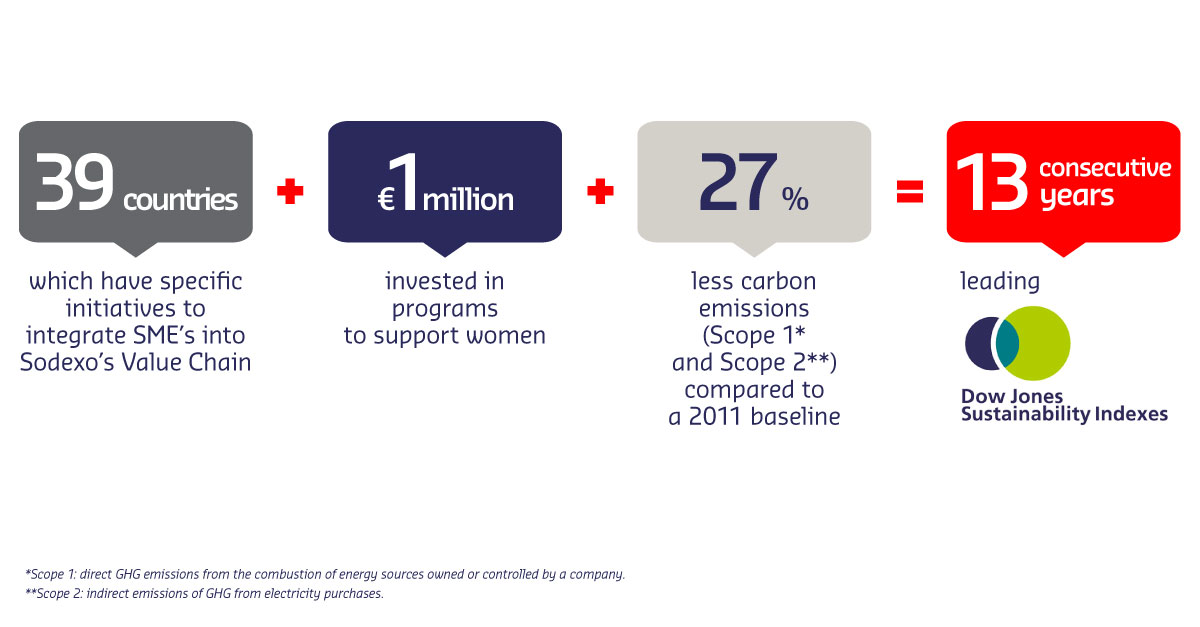 Sodexo, world leader in Quality of Life Services, has been named the top-rated company in its sector on the Dow Jones Sustainability Index (DJSI) for the 13th consecutive year, reinforcing the company’s leadership and commitment to corporate responsibility worldwide.
DJSI, a leading global sustainability benchmark and reference for sustainable investing, evaluates performance in three principal dimensions: economic, social and environmental. The DJSI results recognize Sodexo’s concrete commitments in these areas, which are cornerstones of the company’s corporate responsibility roadmap, Better Tomorrow 2025. For example:
Note:
The annual DJSI review is based on a thorough analysis of the corporate economic, environmental and social performance of over 3,900 listed companies, assessing issues such as corporate governance, risk and crisis management, climate strategy, environmental policy/management systems, supply chain standards, labor practices and philanthropic activities.

To read the full version of the press release, please download the PDF.

We have developed our approach to corporate responsibility by looking not only at the different roles that we play as a large global organization, but also at the different impacts our actions have in the world.